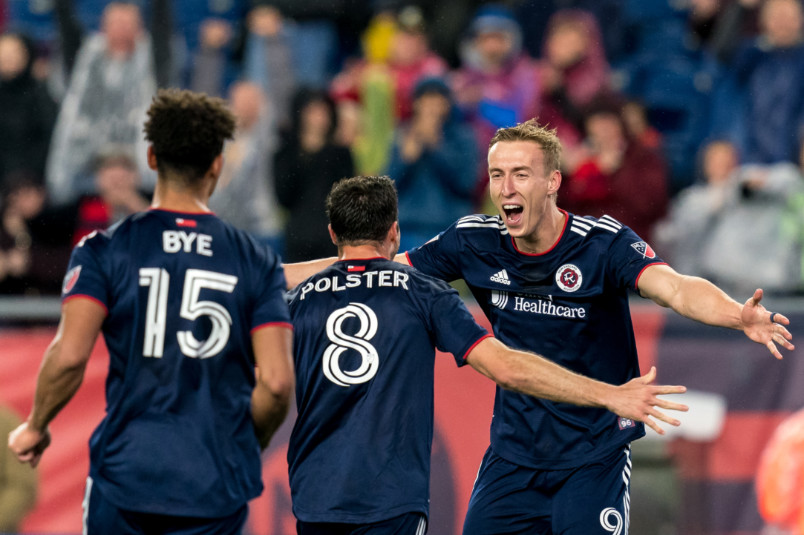 The roundup of week 7 in Major League Soccer starts with Montreal beating Vancouver 2-1 at home. Djordje Mihailovic opened the scoring in the 1st minute with Romell Quioto doubling the lead in the 47th. Vancouver’s Brian White pulled a goal back in the 65th.
San Jose drew 2-2 at home with Nashville. Hany Mukhtar put Nashville up in the 38th with Jeremy Ebobisse equalizing in the 52nd. Mukhtar scored again in the 63rd and it was Ebobisse coming up with a second equalizer for the Earthquakes in the 72nd minute.
Atlanta and FC Cincinnati drew 0-0 at Mercedes-Benz Stadium. Cincinnati played a man down from the 76th with a red card to Nick Hagglund. Atlanta finished with six shots on goal to none for Cincinnati. United goalkeeper Brad Guzan exited in the 73rd minute with an ankle injury.
“I think we played a good game in the attack,” Atlanta coach Gonzalo Pineda said. “The way we built out from the back, most of the times we were able to unbalance the opponent. We did that many times. I think the expected goals statistic in a reflection of what happened on the field. But we didn’t score the goals, that’s what matters. That’s why we didn’t win. But I’m proud of the effort and how my players understood the tactics. We created a lot of chances and tried to push for a win until the end.”
Houston and Portland finished 0-0 at BBVA Stadium, with the Dynamo’s Teenage Hadebe seeing red in the 75th. The Dynamo put four shots on goal to two for the Timbers.
“Yeah, difficult game considering everything that happened throughout the 90-plus minutes,” Houston coach Paulo Nagamura said. “I think we played a very good team, Portland, we knew they were going to bring a different challenge considering what happened in the game with the red card. You know the game for the last 15 minutes, I think we could say that we are happy with the point.”
New York and FC Dallas kept the 0-0 games going at Red Bull Arena. It was the Red Bulls with the lead on shots on goal seven to two.
Orlando City shutout Columbus 2-0 at Lower.com Field. Rodrigo Schlegel scored in the 37th with Ercan Kara making it 2-0 in the 51st. City goalkeeper Pedro Gallese made three saves to keep the clean sheet.
New England beat Charlotte FC 2-1 at home. Adam Buksa opened the scoring in the 8th minute and Matt Polster doubled the lead in the 72nd. Charlotte’s Christian Ortiz scored in the 85th minute.
“I thought we’d win another game at some point,” New England coach Bruce Arena said. “I’m happy it was tonight rather than a month down the road. You know, winning is important for teams. And I think the guys will respond well as we go to D.C. next week, but I haven’t been too overly concerned about the recent events, because some of it was just freaky stuff.”
Toronto came back to beat Philadelphia 2-1 at BMO Field, ending the last undefeated run in the league. Julian Carranza put the Union up in the 34th. Toronto’s Jesus Jimenez equalized in the 39th and Alejandro Pozuelo scored in the 51st.
Chicago and the Galaxy finished 0-0 at Soldier Field with neither team putting a shot on goal.
“I thought we battled,” Galaxy coach Greg Vanney said. “It’s a tough field, bordering on a pasture a little bit. Tough to play on. Narrow, 70 yards, really tight spaces. They’re an aggressive pressing team once you play forward. So it was a tough game because it wasn’t really conducive to playing fast for guys. Tough game and I thought we battled. I thought we should have a handball called in the first half, but what do I know? I don’t know what handball is anymore. And possibly a goal in the second half on a four minute, clear and obvious offside. And last time I checked four minutes to figure something out isn’t clear and obvious. So it’s frustrating.”
DC United gave up a two-goal lead to lose 3-2 at home to Austin FC. Ola Kamara scored DC’s goals in the 26th and 40th, seeing red seven minutes into first-half stoppage time. Austin’s comeback began with an 80th minute goal from Danny Hoesen. Sebastian Driussi equalized in the 85th and Ruben Gabrielson sent all three points Austin’s way in the 90th minute.
Minnesota United beat Colorado 3-1 at home. Bakaye Dibassay scored for United in the 42nd with the Rapids’ Diego Rubio equalizing in the 45th. Minnesota’s Robin Lod (77th) and Abu Danladi (79th) finished off the goals.
Inter Miami shutout Seattle 1-0 on the road. Robbie Robinson scored in the 41st and Nick Marsman made three saves to keep the clean sheet.
NYCFC shutout Real Salt Lake 6-0 at Yankee Stadium. Valentin Castellanos opened the scoring in the 9th with Thiago doubling the lead in the 15th. Castellanos converted a 40th penalty and Thiago made it 3-0 in the 55th. From there it was the Castellanos show, converting a 57th minute penalty and scoring again in the 80th minute. Sean Johnson kept the clean sheet with five saves.
LAFC beat Sporting Kansas City 3-1. Trailing from a 38th minute own-goal, Cristian Arango equalized for LA in the 44th. Ismael Tajouri-Shardi put LAFC ahead in the 70th and Jose Cifuentes added a goal in the 78th minute.
Photo by Andrew Katsampes – ISIPhotos.com